How to adopt iOS 11 user interface changes in your app 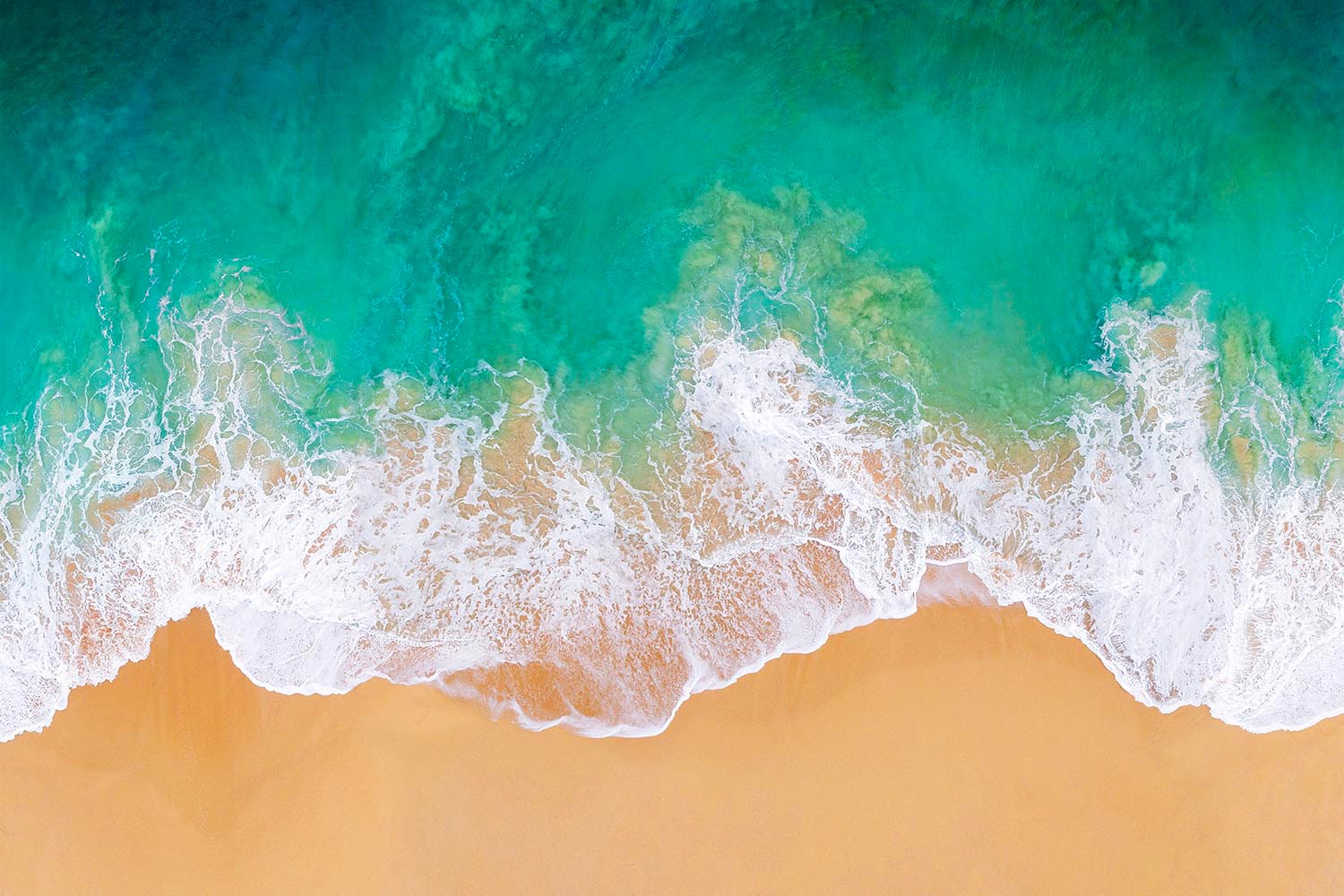 iOS 11 introduces a variety of major changes to the way apps look and work, and how they interact with the user. In fact, it’s easily the biggest set of design changes since iOS 7, and in some places actually reverses choices made in iOS 7.

So, if you're keen for your app to look and feel part of the new iOS design language you’ll need to start making a few changes now: large navigation titles, better use of safe edges, improved table view swipe actions, and more.

Note: this article is an excerpt from my book Practical iOS 11.

First and most significantly are the new large titles in navigation bars. They were first introduced with Apple Music, but now appear in Settings, Notes, Mail, App Store, and more. This design brings with it a few interesting features:

This new navigation bar size forms a large part of the new bolder user interface approach that sits across all of iOS 11 – font weight has increased in places such as tab bar items, and icons are now heading back to being filled in just like they were before iOS 7.

To start trying out these new features, create a new iOS project using the Master-Detail App template, naming it Project8-iOSDesign. Go ahead and run the app in the iPhone simulator, and you’ll see the following:

To get started converting this project for iOS 11 we just need to add one line of code inside MasterViewController.swift’s viewDidLoad() method:

That will immediately enable large-title mode: both Master and Detail will appear big at the top, with the navigation bar sizing to take that into account. 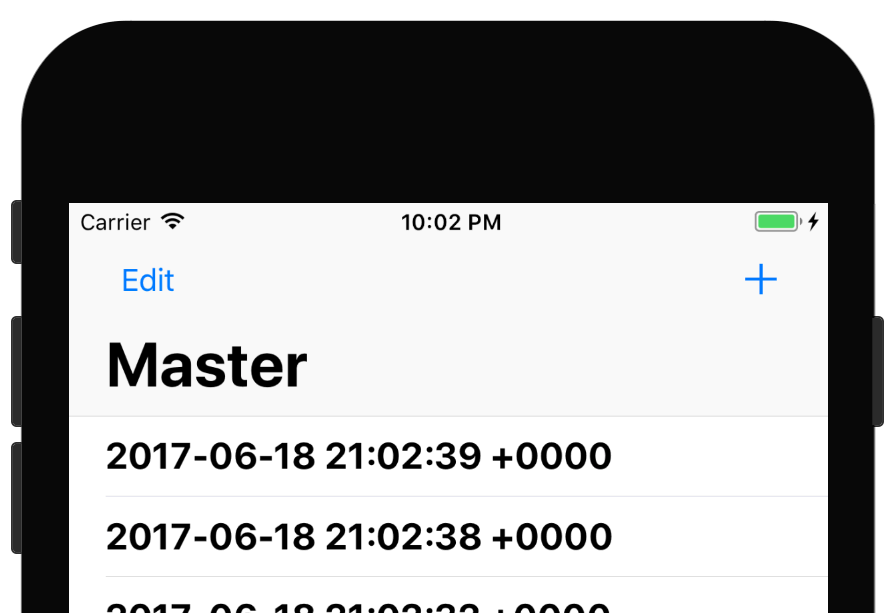 If you click a detail item now, you’ll see a smooth animation that moves the “Master” title up into the back button, and also a new large title for “Detail”. Apple recommends you use these new large titles sparingly: they are great for top-level navigation, particularly when used with tabs, and particularly when several tabs have similar user interface layouts. In the case of Mail, Apple uses large titles for the top two levels (“Mailboxes” and “Inbox”), but only because it makes sense there.

In this app, it makes sense to use a large title for “Master”, but probably not for “Detail”. We get it for both because once you enable large title support, new view controllers you push will automatically inherit the previous title mode – if the first title is large, the second and subsequents will be too.

You can customize this behavior by adjusting the largeTitleDisplayMode property of each view controller’s navigation item. It’s set to .automatic by default, which gives us the inheriting behavior, but there’s also .always and .never, which let you selectively override which view controllers have large titles.

You can tell view controllers which style to use in code or using IB; both are pretty straightforward. To do it in IB:

To do it in code, open DetailViewController.swift and add this custom initializer:

You need to do this as soon as the controlled is initialized – if you wait until viewDidLoad() the animation goes awry.

With that tiny change in place you’ll find that the Master controller has a large title but the Detail controller doesn’t – and also that the navigation bar automatically resizes as each view controller is activated.

Next up, let’s take a look at how these new navigation bars help integrate search. Previously you needed to create your UISearchController then add it to your view hierarchy manually, and often people set it to their table header view. With iOS 11 you can move it up into the navigation bar, and even have it fixed in place if you want.

To get started, you need to assign an instance of UISearchController to your navigation item, like this:

Obviously you’ll also need to conform to the UISearchResultsUpdating protocol so you can respond when searches happen.

If you run the app now you’ll see it looks identical: the large title Master then some table rows below. However, if you try dragging the table downwards you should see the new search box – it gets hidden by default. Try adding 50 or so rows, and you’ll see the search bar show and hide itself automatically – Apple works hard to keep your app’s content at the forefront.

If you’d rather have the search bar visible all the time, add this line:

At the very least that’s helpful while testing!

Part of the problem with these changes is that they accumulated over time, rather than being introduced in one lump. When the notification center was introduced, Apple added a little pull-down tab to apps that hid the status bar – if you pull down to active the notification center, you instead got a small arrow you had to pull down further, reducing the likelihood of conflicts. When the control center was introduced, the same trick was repeated – even though swiping up from the bottom really had nothing to do with the status bar.

In iOS 11, Apple is finally wiping the slate clean and taking a new approach that resolves top and bottom swipes, and even some of the problems caused with translucent bars.

Let’s start with a simple improvement: a new method on UIViewController called preferredScreenEdgesDeferringSystemGestures(), which lets you specify which screen edges should delay system gestures like the notification center and control center.

First, we need to tell this view controller to hide its status bar. This is done using the prefersStatusBarHidden property that was introduced in iOS 7, so add this code now:

Second, we need to tell the whole app to hide the status bar during launch, otherwise the status bar appears briefly when the app first starts. To do that, click the top “Project8-iOSDesign” from the project navigator (the one with a blue icon next to it), then check the “Hide status bar” checkbox in the General tab.

Finally, we can go back to CustomSplitViewController.swift and tell it how we want to defer system gestures. Previously, all apps would defer no gestures, so swiping down or app would show the notification center or the control center immediately, whereas apps that hid the status bar would get an intermediate state.

By overriding preferredScreenEdgesDeferringSystemGestures() we can now be far more precise. To try it out, add this code to tell iOS we want to defer swipes coming from the top but nowhere else:

Two smaller changes are also helping the way we deal with screen edges. First, topLayoutGuide and bottomLayoutGuide have been replaced with new safe area insets: the area within which you may show content without it being obscured by system bars.

Before I show you some code, there are a few things to note:

To demonstrate the new safe area layout guide in action, let’s fix a small annoyance in the detail view control. Xcode’s default template has it automatically center itself vertically inside the superview, but it doesn’t take into account the existence of its navigation bar. This means it’s centered inside the view as a whole (if your device is in landscape, it’s aligned directly with the home button), but not inside its content area.

We’re going to change that using safeAreaLayoutGuide, which means removing the label’s existing constraints and replacing them in code.

Second, open DetailViewController.swift and and add this code inside viewDidLoad():

That tells the label to center itself inside the safe area of its superview, which will take into account the existence of the navigation bar. And if in the future you add a tab bar into the mix, it will take that into account too.

The last thing I want to mention briefly is the way contentInsets is now automatically adjusted by the system. Ever since iOS 7 introduced its frosted glass navigation and tab bars, it was standard behavior to place scroll views, table views and collection views behind the bars and allow their content insets to get automatically pushed down by the system.

While this system worked (often with some pain along the way!) it nearly always caused issues when you wanted to add your own content insets because they conflict with the system’s own adjustment. With iOS 11 Apple has split the two insets: you can go ahead and manipulate contentInsets as much as you want, and iOS will combine it with its own insets separately.

The two new properties you need to learn are called contentInsetAdjustmentBehavior and adjustedContentInset. The former lets you control whether a scrolling view should be pushed inside bars, and the latter lets you read the total content inset adjustment – this is a combination of iOS’s own adjustment and however much content inset you applied.

The default value of contentInsetAdjustmentBehavior is .automatic, which mimics the behavior right now. You’re likely to want to try using .always and .never as well, letting you control how the inset happens.

The computed value of adjustedContentInset is available only when views have been fully laid out, so we can try reading it inside viewDidLayoutSubviews(). Add this method to MasterViewController.swift now:

That requests a 40-point inset at the top, but when adjustedContentInset is printed out you’ll see the top inset is actually 160 points.

Now, you probably read “automatic automatic sizing for cell rows” and imagined I had made a typo by repeating the words, but it’s pretty much exactly that: iOS has let us use Auto Layout to determine row sizes for some time, but you always needed to explicitly request it. As of iOS 11, automatic cell sizing is enabled automatically – you get it with no further work, although you can still specify your own custom sizes if you want.

To try this out for yourself, open MasterViewController.swift and change its cellForRowAt method to this:

Because that forces a long text string into the label, and also modifies its numberOfLines property to 0 (“overflow to as many as if needed”), that will make UIKit increase the row size to fit the label in full – easy!

The other big table view improvement is the ability to create both leading and trailing swipe actions for your cells, letting users swipe either left or right to activate functionality. In iOS 11 you can also attach images to these actions, and even tell them to trigger automatically if the user swipes far enough.

Let’s try it now – add this method to MasterViewController.swift:

There are two further properties you might want to investigate: backgroundColor for the contextual action lets you color the buttons, which is helpful if you want to mark something as dangerous without having it automatically deleted, and performsFirstActionWithFullSwipe, which lets the first contextual action be triggered when the user swipes all the way across the screen – helpful for quick responses to things.

To try them out, add this second method to create a trailing swipe action:

With both leading and trailing actions, you can swipe either left or right to activate them.