Keep track of all language changes in one place 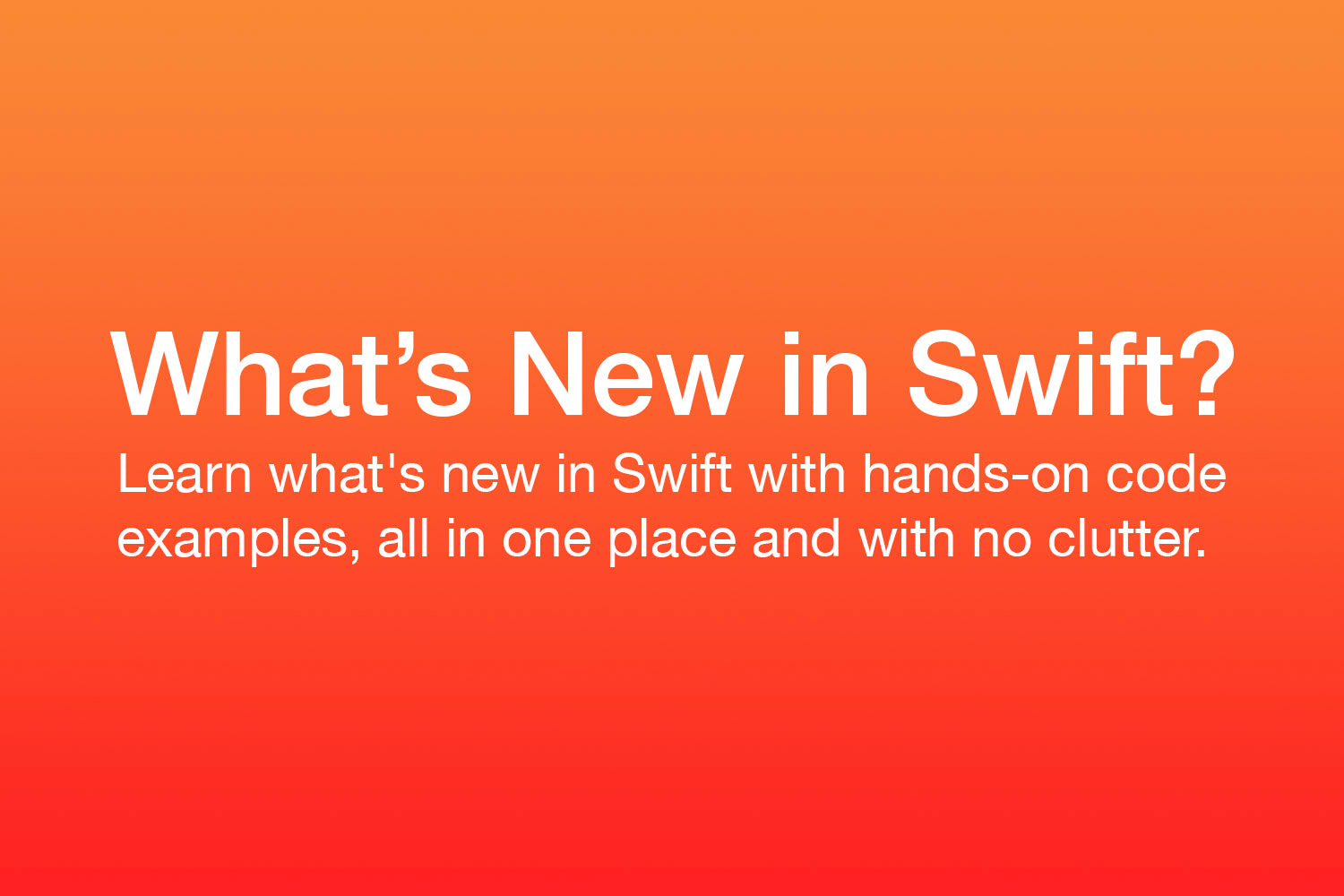 Of course, the problem is that not everyone is able to keep their code fully upgraded, which meant moving from 3.1 to 4.2 meant having to read three different articles and watch out for places where one change was changed even further later on.

To solve this problem once and for all I just released a new site: www.whatsnewinswift.com. This lets you select which Swift version you currently use along with the version you want to learn about, and provides a list of all the changes between those two versions along with code examples.

This new site won’t replace me writing articles or creating interactive playgrounds (see here or here for example), but it will at least give folks one central place where they can see what’s new without lots of clutter.