Amsterdam's largest multi-platform conference is over for another year 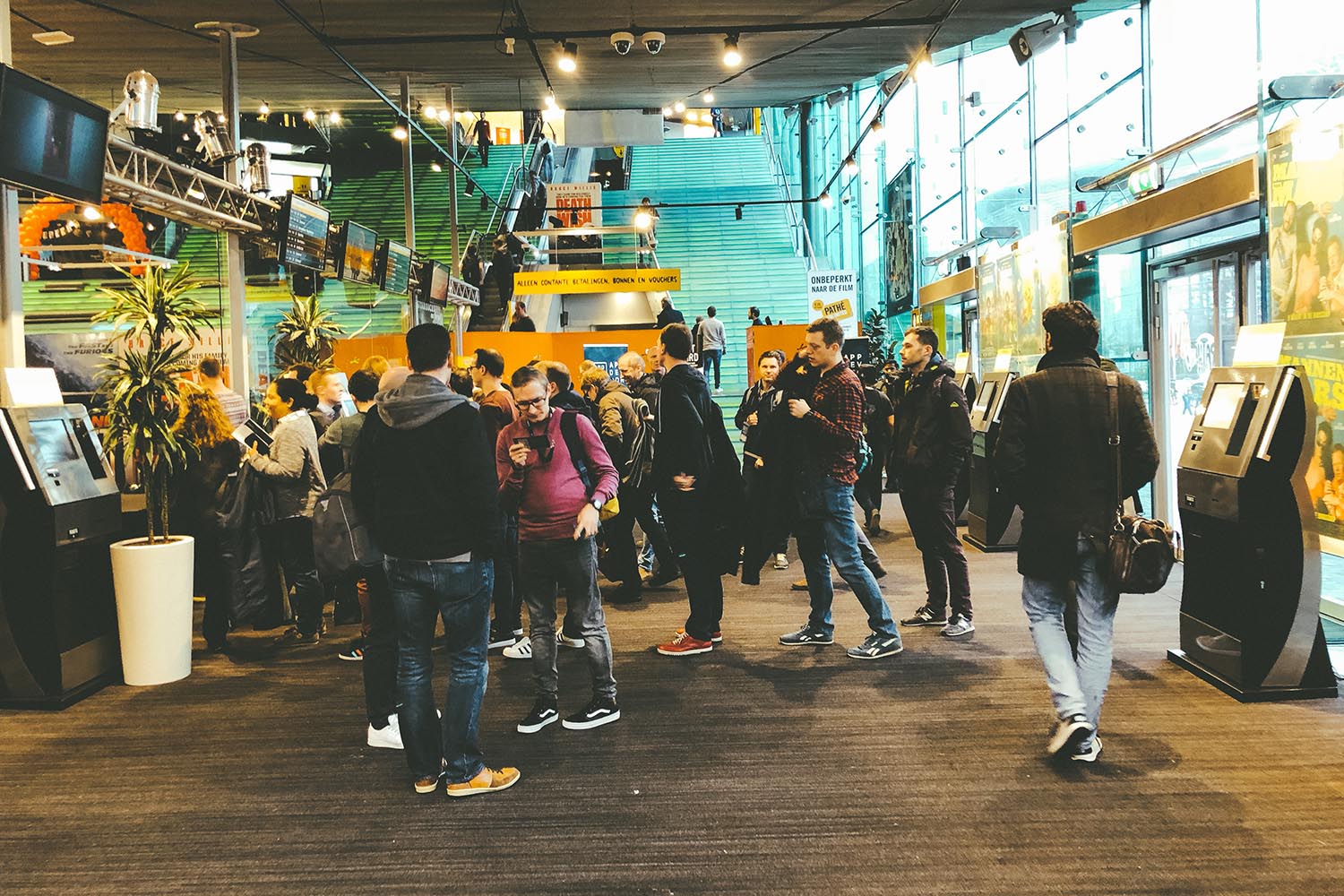 It’s not easy to run a multi-platform conference while keeping everyone happy, but Appdevcon does a remarkably good job. It helps that they’re based in Amsterdam: a location that’s central enough most Europeans can get to it easily, but also having a vibrant local CocoaHeads community that is guaranteed to get involved.

Appdevcon is one of the few conferences that take place in a cinema, and this is clearly a popular choice: you get huge, clear displays for presentations, lots of space to chat with folks you meet, and – naturally – some popcorn to munch on during talks. Of the 350 attendees this year, about 40% were from the iOS community – roughly equal with the number of Android developers. Thanks to the extended after-party with free drinks (and great Dutch snacks!), there was a lot of opportunity to make friends and ask questions to speakers you had seen previously.

The speakers themselves included lots of big names you’ll have heard of – Ash Furrow, Sebastiaan de With, Jorge Ortiz, and Daniel Steinberg – but also lots of newer speakers that could bring fresh perspectives. Joannis Orlandos from the Vapor project was there, for example, running a workshop teaching folks how to build with Vapor 3.

With five tracks running in parallel, plus a bustling hallway track in between talks, I can’t imagine anyone leaving without having learned something. As a bonus, I got to attend the Amsterdam Peer Lab the following morning – with things like Appdevcon, Appsterdam, CocoaHeads.nl, and the Peer Lab, this is a city that’s thriving on app development and it’s great to see.

The only issue I had with the conference was the lack of diversity amongst speakers. I contacted the organizers early to say I was concerned that most speakers looked like me, and the situation improved only a little by the time the event finally happened. They know it’s a problem, and they are keen to fix it, so I asked Ivo Jansch from the organizing team to comment on what went wrong and how it will get better in the future:

Diversity has never come up as an issue before, and my feeling is that our line up is comparable to other conferences in the Netherlands. That is however not necessarily a good thing since Netherlands ranks really, really low when looking at participation of women in the field of IT. (Less than 12% of Dutch developers are female).

After the CFP was completed (where we don't ask for gender and try to avoid any sort of bias), we had 5 female speakers out of 38 (13%). Unfortunately one of those sessions was submitted by a PR agency who after acceptance replaced the speaker, and one other didn't get permission from her employer to attend. When we replaced these 2 by the next best speaker on the subject, one of them was female, the other was male. The end result was 4 female speakers out of 38 (a little over 10%).

While we strive to keep our CFP process as independent and fair as possible, what we are going to do next year based on your feedback, is to specifically promote the CFP among communities that represent typically underrepresented groups. We have appointed one person on our team to specifically work on that for next year.

Previously I’ve mentioned that Swift has a diversity problem, and it’s something we all need to work on. I look forward to seeing Appdevcon do a better job next year, and continue to be a mainstay of European app conferences!