If you’re looking for news, tips, or humor, here are some programmers that will inspire you. 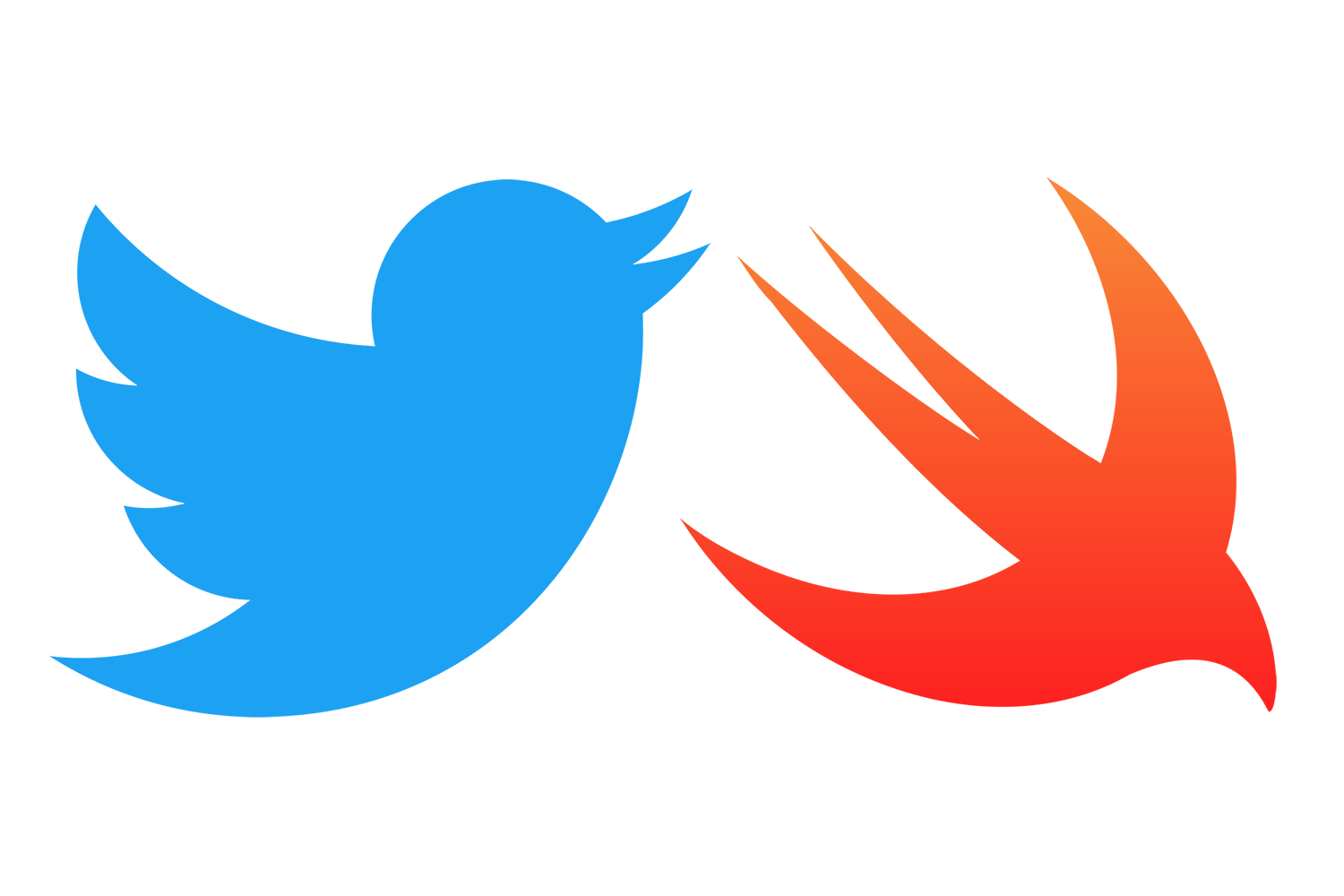 Although Twitter has its flaws, it’s also home to many creative, smart, and inspiring people. For developers like us, Twitter can also be a real gold mine for news, tips, and tricks to help us be better coders, although I have to admit it’s surprisingly hard to figure out who to follow.

So, I decided to put together a shortlist of some of the people I personally find enjoyable on Twitter. They all develop on or for one of Apple’s platforms, several of them work or have worked for Apple, but all make great follows if you’re keen to hear more voices.

If I’ve missed out your favorite people, drop me a line at paul@hackingwithswift.com. Enough waffle – here’s the list, arranged alphabetically…

Do I need to pack tea to take to London or will they have some there?

Janie is the author of the Metal Programming Guide, which is a topic so complicated that I don’t even dare touch it. She’s also a keen blogger, an active podcast host, and an incredible cook – and yes, that does mean you can expect pictures of tantalizing dishes being posted on her feed.

But above all of those, people are most likely to know Janie from her conference talks, whether it’s Forward Swift, iOSDevUK, 360iDev, That Conference, or some of the many others. While she often delivers technical talks, she’s also spoken publicly about her battles with depression, her experiences working at and interviewing at various companies, and some of the discrimination she has faced and continues to face.

Warning: expect pictures of pugs. So many pictures.

Why is it called ARKit and not TableView

Joe is an engineer on Apple's Swift compiler team, which immediately tells you a lot about his technical knowledge and interests, but he’s also been known to deliver talks on occasion.

However, what I love about Joe is his unerring desire to help people solve problems – he’s answered so many questions of mine about the language, provided suggestions for doing things better, and even helped me through guiding bug reports when things didn’t work right.

If you’re lucky enough to attend WWDC, you might get the chance to meet Joe in one of the labs. If you’re really lucky, you might even get to meet Joe’s dogs. Failing that, the least you can do is follow him on Twitter and admire their majesty…

Speak for yourself, there's always a party in San Jose pic.twitter.com/8UCypkXoEC

AMA: I just said “excuse me” to two cars that I walked between.

Harlan is still a student, but already I can pretty much guarantee he knows more about the Swift compiler than you. Of course, he doesn’t say that because he’s far too nice, but it’s a simple truth: he’s interned at Apple twice, most recently on the Swift quality engineering team, and is a regular committer to the Swift repository on GitHub.

You might meet Harlan speaking at conferences, but otherwise I recommend you take a look at some of his great work on GitHub. In particular, I recommend you check out Trill, which is a language he designed that is both inspired by and written in Swift. He’s also written a short series of blog posts teaching how to build your own compiler in Swift.

Back in July, Harlan tweeted that he was happy to help people learn about contributing to the Swift compiler, and I’ve thought about taking him up on that every week since. Interested? Say hello to him!

It’s important I start this by saying I understand only about half of what Slava tweets. He’s a Swift compiler hacker at Apple, and so tweets a lot about Swift, compilers, and specifically the code he’s working on.

That being said, the code he works on is frequently beyond my capacity to understand, so I either spend an hour or two trying to decode what he’s actually done, or I just hope that by following him I’m getting smarter by osmosis.

Slava is particularly interesting for his views on where Swift doesn’t get things right. Apple staff rarely talk about their own things in a negative light, but Slava has tweeted several times about where the Swift team have slipped up and what they could have done better – it makes for a refreshingly honest insight into the open-source Swift project.

I think I'll coin a new Rule of Swift™ : If the best solution is an operator, you're probably doing something wrong

I wasn’t sure about including Erica in this list, because you follow her already, right? Right? Well, a few crazy fools don’t, and it would be deeply remiss of me not to right that wrong, so here goes: you really should follow Erica Sadun on Twitter.

Yes, she’s the author of so many books on iOS that I can’t even remember them all, but she also posts regular articles on ericasadun.com that cover Swift news, interesting language tips, answers to reader questions, and more.

Erica is well known for working on a huge number of Swift Evolution proposals (25 at the last count!) including some that were controversial. I think it’s safe to say that few people live and breathe Swift more than Erica.

Be kind; everyone you meet has no idea what the hell they're doing either

Rebecca is an iOS developer in Boston, and she tweets about her work and her frustrations, but she does so in a way that – to get right to the point – is extraordinarily funny. In fact, for a while a small part of me wasn’t quite sure whether Rebecca was real or not, because she manages to write so many laugh out loud tweets that I assumed there was a team of people involved somehow.

Her tweets about Xcode, memory leaks, Auto Layout, and more are witty, relatable, and… well, at this point it’s probably best I just stop writing and let you see for yourself.

Reading over someone's shoulder about the thrills & lows that come with love and for a full minute I thought about my relationship w/ Xcode.

When the guy sitting next to you on an airplane launches Xcode pic.twitter.com/msK8TVJWmo

Writing code that creates bugs is like consuming 1300 calories worth of peanut butter M&Ms.Neither planned or intentional & I did both today

Jesse is the creator of my favorite Swift newsletter, Swift Weekly Brief, which details proposals, changes, and discussion in the Swift community. (Full disclosure: I sponsored it for four issues to help support his work.)

But, like many people on this list, he seems comfortable wearing many hats: he hosts the weekly Swift Unwrapped podcast, he speaks at conferences around the world, and he also built one of the most popular iOS libraries of all time: JSQMessagesViewController.

On top of all that, Jesse even finds time to write some great blog posts on his site, and perhaps we’ll see them more frequently now that he’s retiring from JSQMessagesViewController.

Here's an easy way to setup a test to avoid accidental retain cycles with object relationships (like weak delegates & observers) in Swift ???? pic.twitter.com/sutHRSHlxV

It took me a while to follow John, and I don’t really know why – I had read and enjoyed so many of his blog posts, and seen so many excellent tweets whizz by as retweets, that I should probably have clicked the Follow button months earlier.

At the same time, John also hosts the new Swift by Sundell podcast, and – somehow – manages to be by far the most prolific Swift speaker I know of. In fact, I’d guess he’s speaking at 2x the conferences of the next most active speaker, so I expect he probably has enough Air Miles to get to Mars.

Uh, thanks? I’d prefer not to be considered a beast…or ninja or rockstar or whatever stupid terminology is used now ???? pic.twitter.com/FucztdulKu

I need to say this up front: Kristina is my favorite technical speaker, for a number of reasons.

First, she’s just so excited about her work, and that manifests itself in this incredible enthusiasm to share what she’s learned with others.

Second, she often speaks about things outside of pure coding, such as how writing makes you a better engineer, or how to identify and overcome assumptions you make.

But most importantly, she’s happy to make time to support people around her to learn – if you bump into her at a conference and ask her a question, you can be sure you’ll get your answer.

Yes, that’s me. Sorry – at least I left myself until last, right? I tweet about Swift, iOS, macOS, Xcode, and whatever I’m working on right now; you should totally follow me.

Here are some extra developers you might find interesting, as suggested by readers – if you'd like to add your own suggestions email me at paul@hackingwithswift.com.