First, the easy stuff: we need to add some properties to our class:

To get the whole thing moving, we need to put in a background picture (the same way we've put in all the background pictures so far) and start up our Timer object. In our case, we're going to have it call launchFireworks() every six seconds, with repeating enabled. So, replace your current didMove(to:) with this: 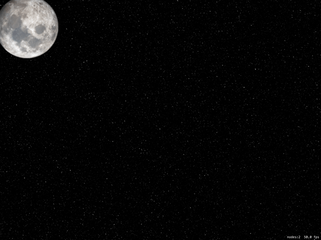 That timer will carry on repeating until we tell it to stop, which in this project we won't – that'll be your job! Each time the timer fires, it will call launchFireworks(), which itself will call createFirework(). Initially we're going to write four types of firework “spreads” (different ways of launching fireworks) but this is something you could easily add more to later.

First, let's take a look at the createFirework() method. This needs to accept three parameters: the X movement speed of the firework, plus X and Y positions for creation. Inside the method there's a lot going on. It needs to:

Here's that, just in Swift:

The coloring process is done using two new properties: color and colorBlendFactor. These two show off a simple but useful feature of SpriteKit, which is its ability to recolor your sprites dynamically with absolutely no performance cost. So, our rocket image is actually white, but by giving it .red with colorBlendFactor set to 1 (use the new color exclusively) it will appear red.

Step five is done using a new SKAction you haven't seen before: follow(). This takes a CGPath as its first parameter (we'll pull this from the UIBezierPath) and makes the node move along that path. It doesn't have to be a straight line like we're using, any bezier path is fine.

The follow() method takes three other parameters, all of which are useful. The first decides whether the path coordinates are absolute or are relative to the node's current position. If you specify asOffset as true, it means any coordinates in your path are adjusted to take into account the node's position.

The third parameter to follow() is orientToPath and makes a complicated task into an easy one. When it's set to true, the node will automatically rotate itself as it moves on the path so that it's always facing down the path. Perfect for fireworks, and indeed most things! Finally, you can specify a speed to adjust how fast it moves along the path.

Now comes the launchFireworks() method, which will launch fireworks five at a time in four different shapes. As a result this method is quite long because it needs to call createFirework() 20 times, but really it's not difficult at all.

Regardless of the direction of travel, the createFirework() call is much the same: how much should the firework move horizontally, and what should its starting X/Y coordinates be. Put this method into your project, then we'll look at it again:

You'll notice I made movementAmount into a constant. This is because I was testing various values to find one that worked best, so having it in a constant made it easy to adjust with trial and error.

With that code, you're now able to run the game and see how it works – after a few seconds the first fireworks will start, then they'll continue launches as the timer continues to fire. 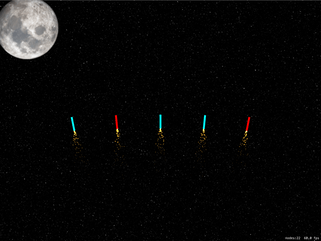