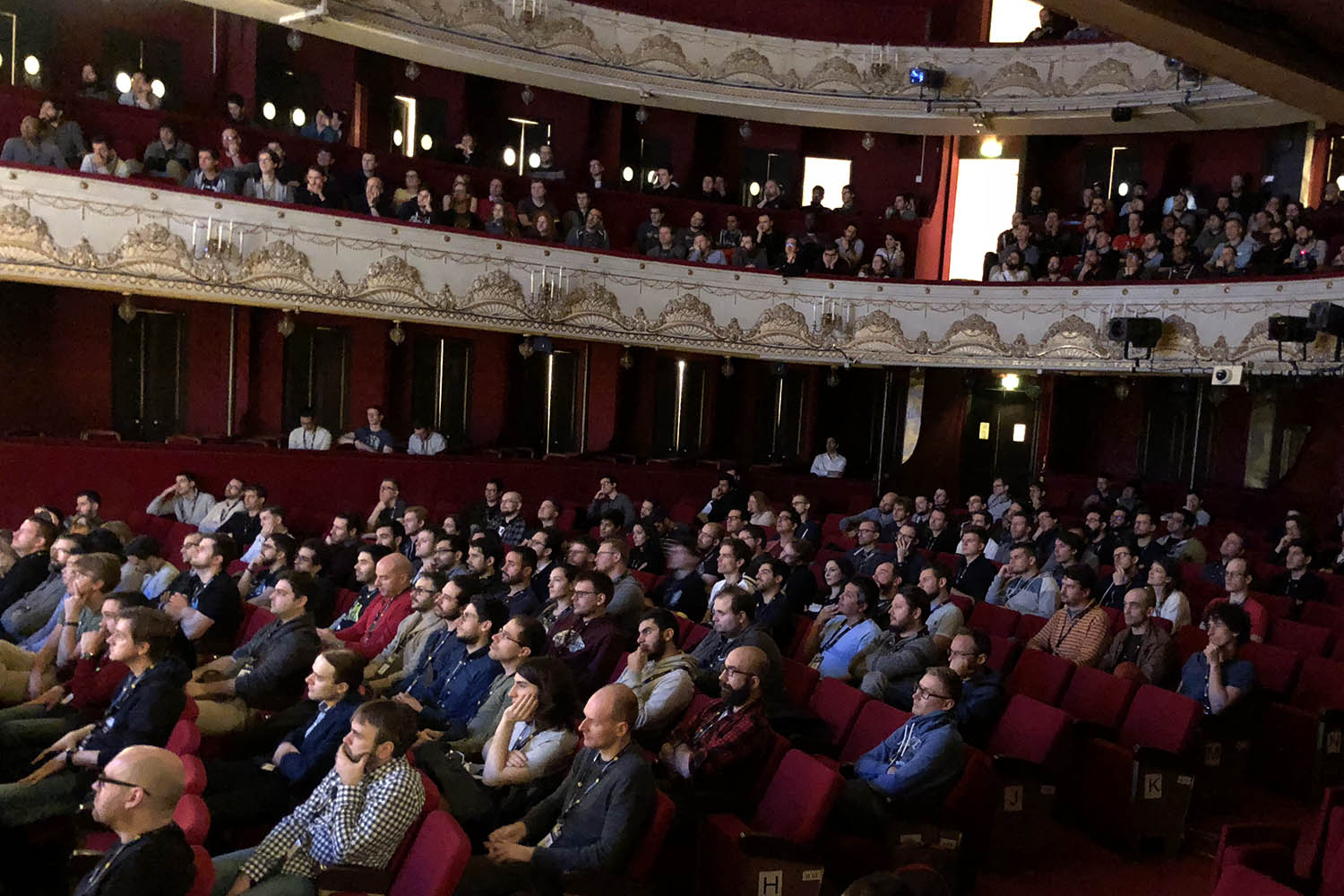 There are lots of iOS conferences, but none are quite like dotSwift. The 2018 edition took place yesterday, and included all the hallmarks it’s famous for: spectacular venues, short and snappy talks, impeccable organization, and complete focus on speakers.

If you haven’t attended dotSwift before (it was my first time!), you need to start by understanding the conference is always held in theaters or similar locations – think plush seats, boxes, and a huge and well-lit stage. Unlike almost every other coding conference around, attendees are requested to close their laptops and turn off their phones. As a result, no one sits at the back chatting on Slack; everyone is focused on learning something new.

This year’s speakers included Ben Cohen, Brandon Kase, Graham Lee, Ben Scheirman, Ellen Shapiro, Sally Shepard, and myself, covering topics such as coordinators, protocol extensions, and functional programming. Each talk followed the same structure seen at TED conferences: everyone is limited to 18 minutes, so there’s no chance to go off on tangents. After each talk, Daniel Steinberg – the guest emcee at dotSwift – sat down with the speaker and asked a variety of questions to go into more detail on specific topics. Very few conferences do this, but I think it gave everyone a chance to get to know each speaker better. Perhaps next year attendees could submit questions ahead of time?

All the talks had their own merits (I even demonstrated my flawless Franglais in mine!), but Ben Cohen’s deserves particular mention. Apple has recently adopted a much more open policy, including sending developers like Ben – who works on the standard library at Cupertino – to Swift conferences around the world. This is no small step for a company steeped in secrecy, but with Swift being an open source project they are keen to be a part of the community just like everyone else.

Alongside the main speakers were a handful of lightning talks lasting just four (yes, four) minutes. Several folks spoke about topics such as encryption and binary frameworks, but two highlights for me were Greg Lhotellier’s talk on architectures (“UIViewController literally has ‘troll’ in its name”), and Oscar Falmer’s talk on making ARKit work with the Twitter API.

With over half its speakers coming from outside of France, dotSwift remains a central event in the European iOS calendar. You literally have no idea what each talk will be about until the speaker begins, so you’re guaranteed to be surprised, to learn something new, and hopefully make some new friends along the way – it’s a guaranteed hit.