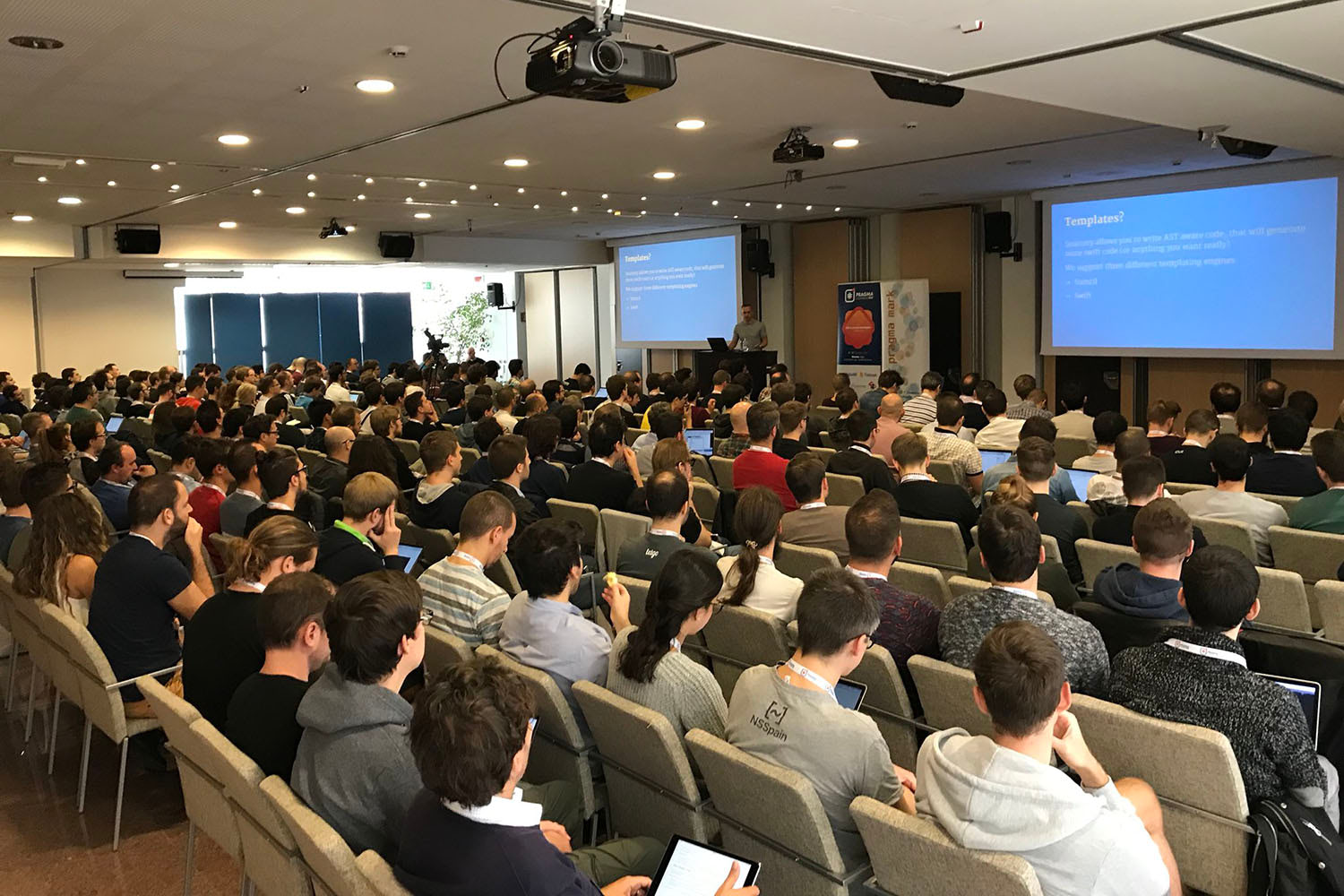 I'm just returning from Verona, Italy, where I was attending #Pragma conference – already Italy’s biggest conference for Apple developers, and certainly challenging to be in the top three across Europe as a whole.

This year’s event saw a first-class roster of speakers such as Soroush Khanlou, Cate Huston, Daniel Steinberg, and Felix Krause, so it was no surprise that the talks were as much inspiring as they were informative. I particularly enjoyed John Sundell’s talk “Game Programming for App Developers”, where he announced his new Imagine Engine for game development, but equally memorable was Soroush Khanlou’s talk “You Deserve Nice Things” – not least because prosecco was served part-way through.

My own talk was on the importance of using Instruments, but I also ran a full-day macOS coding workshop alongside workshops from Daniel Steinberg and Tanner Nelson.

With such a packed schedule – each day’s talks finished at 6:45! – it was impressive that the organizers were able to keep everything running smoothly. Apart from a handful of inevitable projector gremlins, everything was perfectly polished.

Pragma is a non-profit event that offers generous discounts for students, so it’s great to see them growing year-on-year. This year’s event actually sold out, so I guess next year it will be a bigger venue – hopefully somewhere that can match the beauty of Verona. It’s also great to see a published code of conduct that was re-iterated during the opening keynote – the atmosphere was consistently positive, friendly, and welcoming, with lots of chances to mingle with other developers and meet new people.

Ultimately, any conference survives or dies based on the people that attend, and I think this is where Pragma shines brightest. Yes, this is a conference that bills itself as “the Italian conference”, but only 40% of attendees were Italian – people visited from Germany, Poland, Romania, Britain, Canada, the US, and more, which meant the conference is a really marvelous opportunity to expose yourself to new development ideas and techniques from around the world.